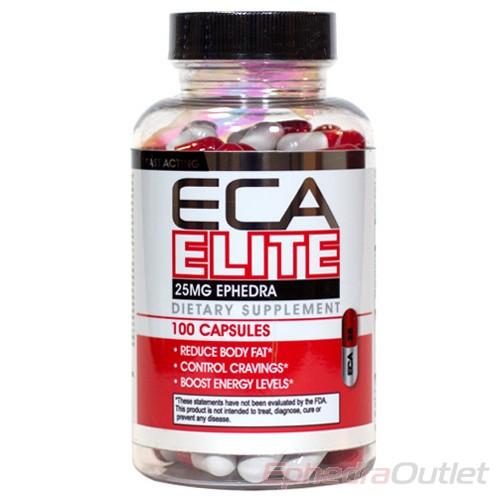 In Stock and Ready to Ship 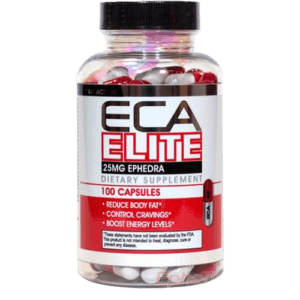 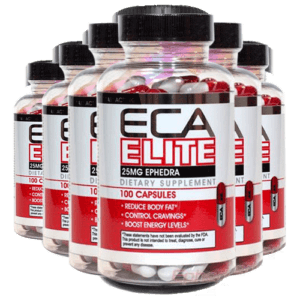 Have you ever met a bodybuilder who was desperate to lose weight for an upcoming show? If so, you would know they have tried everything to lose weight to get down to 6 percent body fat. And while that might not be the goal for most of us, we can learn from their tactics and supplements. And one of the crucial supplements for the past 30 years has been a supplement combination called ECA Stack.

What is ECA Elite?

ECA stack stands for Ephedra, Caffeine, and Aspirin stack. Stack means a combination of ingredients designed to give a desired effect or result. In this case, the ephedra, caffeine, and aspirin combine to help with fast weight loss and long lasting energy. It’s the stack that bodybuilders turn to in order to lose the insanely hard to lose 10-15 pounds that will win them first place, which means it’s definitely good enough to help us lose the last 10-15 pounds we need to look good at the beach.

The ECA stack has been misunderstood for years so let’s take a look at the three ingredients and why they work so well together:

Ephedra is the most controversial of the three ingredients in the ECA stack but also the most important. Its thermogenic properties are the basis of weight loss. Ephedra works to help increase the body’s metabolism, effectively heating it up in order to help burn more fat. Most ECA stacks contain 20-25mg of ephedra as the most effective dosage for maximum weight loss.

You might think caffeine is just used as the energy boosting portion of the ECA stack and you would be half right. Caffeine can provide an excellent source of energy, especially when combined with ephedra extract. Caffeine is also a major part in the fat burning process. Without getting too into the chemistry, the ephedra is designed to release stored fat, while the caffeine is designed to break down fat.

So where does aspirin fit into the ECA stack equation? Ephedra and caffeine work to increase thermogensis, helping to heat up the body so aspirin is designed to allow that to happen for a longer period of time. How? It should raise the body’s internal “thermostat” helping the ephedra and caffeine to work its magic without harming the body or raising any red flags. Aspirin is derived from and listed as White Willow Bark on most ECA stack products including ECA Elite.

What do our customers say about ECA Elite?

ON 02/14/2014 KRISTINA K. SAID: Highly recommend it, it curbs appetite, no jitters or any side effects. Not using long enough to notice the fat burn yet, but I feel good on it.

ECA Elite Stack is one of the highest rated ECA stacks on ephedraoutlet.com. It is designed to help attack weight loss on multiple fronts:

Try out the fantastic power of the eca stack with ECA Elite!